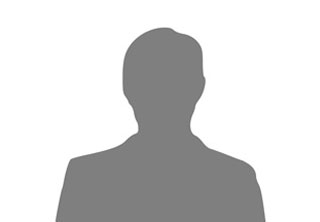 "The National Forum on Youth Violence Prevention is an epitome of what cities should be implementing to reach the needs of their own cities -- since not every city requires the same things."

When Alan was 15 years old, he participated in a program designed to give teenagers a taste of the law enforcement profession. He pursued his interest and eventually became a police officer in Long Beach, California. He enjoys being available to help young people and guide them so they can avoid involvement with drugs, alcohol, and abuse relationships.

Prior to arriving to the Fourth National Forum on Youth Violence Prevention, I had nothing but a mere idea of what to expect and who I would be meeting. With this, I had little expectations and was able to attend as a fresh set of clay, untouched and unmolded. As the summit date came closer and conference calls, along with briefings, were taking place, I was given the idea that the entirety of the conference would consist solely of Department of Justice personnel, federal agents, and city police department representatives across the nation, and that these men and women would be providing the attendees with information on how to deter violence amongst our youth in the community in which we live.

Finally arriving in Washington, D.C., I learned I was actually a representative, not only of the Long Beach Police Department, but as a youth member from the United States in general. The curious aspect, however, that took me by major surprise was the fact that some in our youth group — consisting of approximately 16 people and ranging from 16-24 years of age — came from unfortunate and heartbreaking backgrounds, backgrounds that made these people witness horrific and heinous crimes occurring right in front of them (e.g., murder, rape, stabbings, strong-armed robberies). In addition, some were even convicted felons of unknown crimes. We all wore a tag that listed our names, what organization we represent, and where we came from. Some came from places such as Detroit, Memphis, Cleveland, and Boston.

The first day, the youth met as a group and participated in a monument tour. I will admit, I was uncomfortable to speak with them due to the fact that I came from the west coast and I knew very little of their culture. However, because I had little knowledge of their culture and had the drive to take advantage of the event, I decided to let my guard down and interact throughout the three days I was there. My findings were truly a life-changing experience. I was able to feel the hurt, the challenges, the obstacles, and the way they have been treated at home — instances that ranged from not being able to obtain enough money to eat, keep a job due to their economy, all the way to their situations simply not allowing success to be feasible in their community for whatever reason. On the contrary, two people I met had the same aspirations as I of becoming police officers — our lifelong dream. In fact, this man and woman were also involved with the Explorer program and, although greatly different, we were able to network and share ideas and customs to see how they would fit in our posts. Yet having people of the complete opposite spectrums in our group which, again, consisted of people who made unfortunate mistakes in their lives and others who want to be police officers, we were able to come to an understanding of each other's perspectives. This, inevitably, made the bond and connection between each other powerful.

In addition, not only was I able to see and learn about other cultures, but I was also able to connect with these youth simply due to age. Most, if not all, would agree with what one had to say. For example, we shared that belief that youth act differently in the presence of adults and sometimes have the fear of stating the truth that would lead to disappointment or anger from adult. We also agreed that adults sometimes show little to no interest in our voice because society considers us as "kids" or "immature."

After being blind to these situations for years, in three days, I was able to change my perspective of other’s situations and completely understand their viewpoints. In retrospect, however, the adults present were able to provide tremendous and beneficial advice and ideas of programs that have been working for their city and are feasible to implement in almost every city. From my perspective, if adults and young adults, along with teenagers, could come together as one and understand each other, every city would greatly be improved as a whole rather than staying in broken segments. The National Forum on Youth Violence Prevention is an epitome of what cities should be implementing to reach the needs of their own cities — since not every city requires the same things.

I had the honor of being chosen as one of the representatives of the Long Beach Police Department and as a Long Beach youth. With this powerful opportunity, my life and perspective of such situations have changed drastically, not to mention the pride I gained by being trusted by officials of the city I care about. These officials were able to provide me with pride and confidence, not only for the bettering of myself, but the pride and confidence of reaching out to kids younger than me and attempting to line them up for a successful future without the necessity of violence amongst each other.