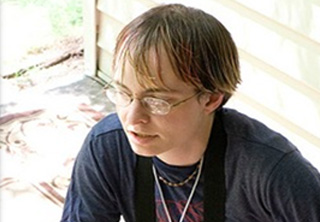 “I’m nongender, which for me, means that I don't identify as either male or female.”

We spoke with endever* via email in January 2012.

endever* is 26 years old and lives in Portland, Oregon. endever* identifies as nongender, not identifying as either male or female, and therefore prefers not to be addressed using gender-specific pronouns, such as she/her or he/him. endever* has been involved with the mental health system since childhood. In our discussion, endever* spoke about experiences in the mental health system, the positive support received during time at a local youth center, and how these experiences have informed endever*'s recommendations for how systems can better serve lesbian, gay, bisexual, transgender, questioning, intersex, and two-spirit (LGBTQI2-S) youth.

I’m 26 years old and I live in Portland, Oregon. I work part-time at a nonprofit café. It's a place for low-cost hot meals, community building, nonviolence, and systemic change work around issues that affect people experiencing homelessness and poverty.

In a world which demands definition, yet passes down only limited options, I reclaim my right to create and twist language in a way that authenticates my subjective sense of myself and the world. And if you read that as a metaphor for gender, you might be on to something.

When I was in my late teens, I started questioning my gender. I thought a lot about the gender role I was raised in and how I related to my body, and I looked for narratives from people who had similar questions and experiences. After a couple years of presenting myself as “the opposite sex,” I realized I couldn't relate to myself that way, either. I just don't fit into the binary gender identities.

I’m nongender, which for me, means that I don't identify as either male or female. I also use the words “trans,” “genderqueer,” and “other” to describe myself. Because I'm not male or female, I ask people to call me words like they/them, endever*, ever, ender, or e instead of she/her or he/him. For example, if my friend was asking about me, she might say, “Have you seen endever* this afternoon? endever* said they might stop by.” This can be hard for people to get used to, but as a trans person it's really important to me. Having people call me words that negate who I really am is difficult to cope with.

I've been in and out of mental health services since childhood, with much more intensive care starting in my teens. Sometimes I’ve been encouraged to help shape my own treatment plan, and I've really taken that and run with it. Self-determination is a key part of treatment for me. What I’ve noticed is that being in charge of my own recovery often helps me feel better sooner! Programs that give me opportunities to be creative (art therapy, journaling assignments, and so on) are also some of the best ways for me to work on getting better. They help me find meaning in my experience of mental illness, as well as my experience of treatment and recovery. Overall, mental health services have impacted me for the better.

However, some of the experiences I’ve had with mental health services were unpleasant for me. Involuntary treatment took away my sense of empowerment and competence. Other times, providers who didn't understand my gender have made treatment feel unwelcoming and unhelpful. When it's hard to access treatment that works for me—when I have to jump through hoops, or when I have to spend all my spare time coordinating different facets of my treatment—it's easy to get discouraged.

Well, lots of ways. I've often felt invisible and excluded. Providers I interact with don't always have a basic understanding of gender or what a trans identity is. In residential settings, I feel alone and different, especially when providers don't help me navigate connections with others in a way that affirms my gender. In intake interviews, I have the same conversations over and over again, and they often don't even have to do with why I’m there. Providers have expressed disbelief of my gender or interpreted my nongender identity as confusion.

In some ways I am glad when people ask questions because they want to learn more about gender, but I’d rather them learn more about me. The time I’ve spent educating my providers about how gender works and how to be an ally to trans people has taken away from time I could have been learning coping skills, getting help with problem solving, and getting validation for my feelings.

Thanks for asking this question! I can't list everything here, but I’ll touch on some of the things that make a big difference. Having, making visible, and enforcing nondiscrimination policies that include sexual orientation, gender identity, and gender expression is a great first step. Also, displaying signs, flags, and stickers that represent your organization’s support for LGBTQI2-S people can help youth feel comfortable and hopeful about their experience accessing treatment. Confidentiality is incredibly important, which includes keeping in mind that youth might have come out to some people in their lives and not others, and that in some cases being “outed” would be a significant threat to a youth's safety.

Paying close attention to use of language is a great way to help, too. Asking youth about partners or dates is better than assuming whether a youth has a boyfriend or girlfriend. Interrupt negative comments being made about LGBTQI2-S people – you never know who's in the room who might feel hurt by them. And as I said earlier, as a trans young person I feel distress when people call me he or she without asking, and it makes it hard to trust people and work hard on my recovery. Overall, believe youth when they tell you who they are. Ask for feedback about how welcomed and safe they feel in the program and listen to their responses.

I was involved with the Sexual and Gender Minority Youth Resource Center (SMYRC) in Portland, Oregon from when I was 18 until I aged out at 24. I had heard of SMYRC a couple of years prior from a friend and at a pride celebration, but as I got deeper and deeper into exploring my gender I decided to check it out. The first day I visited drop-in hours, it happened to be a quiet afternoon in terms of how busy it was – but the walls were loud enough to make up for it! They were covered (literally) in art, rainbows, safer sex supplies and information, fliers for community events and resources, sign-ups for activities and groups, funny quotes from youth, wigs, and a LOT of glitter. There was a pool table, a stage, a free pile of clothes, and what I liked best: a whole corner devoted to a library of queer-related books. I felt nervous and shy, but found myself grinning on my walk back to the bus stop.

Something I didn't notice at first actually ended up being one of my favorite things about SMYRC: It was called the pronoun board. It was a whiteboard chart where people could write their old names, preferred new names, and pronouns. Why? It was understood that folks could and do change over time – maybe even from week to week! It was further validated by the tradition of starting group activities with a go-around check in of names and pronouns. Staff and adult volunteers made a point to interrupt conversation when someone's correct name or pronouns weren't being used, in order to validate all kinds of gender expressions and to help educate about what kinds of comments can be hurtful. Other oppressive conversation (racism, sexism, ableism, and more) was interrupted similarly.

SMYRC was created by queer youth for queer youth, and to some extent was run by queer youth. A steering committee, made up of anyone who wanted to come, met weekly to plan activities and also had the power to change the rules or hours at drop-in. Youth participated in employee hiring committees, and helped train new adult volunteers. Drop-in felt relaxed and welcoming – in its simplest form, it was a space to hang out. But what we all understood was that it was a space to hang out AND hold hands with our dates, dress up in drag, try out new gender expressions, perform slam poetry about coming out to our families, and so many other things, and feel safe.

I look up to many different peers and adults I’ve met in treatment and youth programs, but lots and lots of them are folks I met at SMYRC. The adults in this space that inspired me the most were remarkably nonjudgmental listeners. They worked hard to defer to youth and hold up the rules the youth steering committee had established. They were incredibly good at interrupting oppressive conversations, which has helped me immensely in my current work. SMYRC was one of the most empowering spaces for youth I'd ever encountered, and I believe that empowerment created the value so many youth find in it.

That being said, youth-serving programs don't need to be specifically LGBTQI2-S-serving youth centers in order to serve LGBTQI2-S young people well! I've been impressed with the commitment to cultural and linguistic competence and the focus on including youth in planning/actualization in many of the programs I've encountered. Looking back on my experience at SMYRC, I believe that youth-serving programs that adopt similarly nonjudgmental and validating policies and practices will improve outcomes for LGBTQI2-S youth receiving their services.

This is a hard question! But I think I know my answer: I would make sure that every single youth had at least one person in their lives who believed in them 100%. Someone who encouraged them, who listened to them non-judgmentally, who honored their sense of self, who recognized their right to make their own decisions, and who cared for them unconditionally.