This is cross-posted in the National Forum on Youth Violence Prevention December 2014 newsletter. See the original post here (PDF, 7 pages). 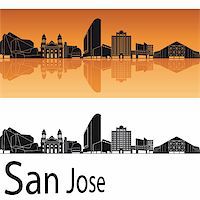 Dwight Eisenhower once said, "In preparing for battle, I have always found that plans are useless, but planning is indispensable." President Eisenhower's message was clear: while plans can go awry, it's the planning process that allows one to accept what hasn't worked in the past, preserve what has, and develop a new strategy that can withstand an ever-changing landscape. Ongoing planning is and will continue to be essential for the success of strategic plans that aim to reduce violence in the 15 National Forum on Youth Violence Prevention cities.

San Jose, Calif., has accomplished this in spades. In 1991, the city was struggling with an outbreak of gang violence. Without a working plan to address the problem, there was no clear way forward. Then-Mayor Susan Hammer didn't know how to remedy the fighting, but she was willing to put $1 million toward a fix, according to Angel Rios, director of the San Jose Department of Parks, Recreation, and Neighborhood Services (PRNS). Mayor Hammer convened a task force, and the group began with a simple white paper. It was the first publication of the emerging Mayor's Gang Prevention Task Force (MGPTF) and beginning of the iterative planning process that, even today, sustains efforts like the National Forum. Twenty-three years later, the MGPTF, housed at PRNS, is still going strong, with the consistent support of four mayors and a soon-to-be-sworn-in mayor, Sam Liccardo.

Because the white paper was devoted to violence suppression through heightened law enforcement efforts, it was restricted in purpose. Similar to federal "Weed and Seed" efforts, it sought to restore stability and prosperity to a city affected by crime. Since that time, as MGPTF learned what worked, what didn't, and what showed great promise, the task force has produced four updated plans reflecting its progress and broadening the scope of its goals and objectives. Each plan has been titled in a way that clearly communicates the city's growth, development, and success.

San Jose's first real strategic plan was approved in 2005, and was in effect through 2008. Titled "Reclaiming Our Youth," the plan was "more than breaking up fights," said San Jose Forum Coordinator Mario Maciel. "It was [meant] to reclaim youth from the influence of gangs, and reconnect them to the community through cognitive approaches." The plan was updated in 2009 and retitled "Action, Collaboration, Transformation" or "ACT." ACT focused on transforming young people through collaborative service delivery from MGPTF partners and the community. It wasn't just about improved services. It was about transforming neighborhoods.

In 2011, ACT 2.0 was released. With new goals to address public and private partnerships and reentry, the updated strategic plan expanded on previous objectives, but was by no means a departure from the original. ACT 2.0 also marked the beginning of the National Forum's influence on planning in San Jose, as reentry is one of the four core Forum strategies.

"Trauma to Triumph" is the most recent iteration of San Jose's strategic plan for reducing youth violence. The influence of the Forum is clearly evident in this plan, as it emphasizes the findings of the Adverse Childhood Experiences Study conducted by the Centers for Disease Control and Prevention (a featured presentation at the 2013 Summit on Preventing Youth Violence). Trauma-informed care reflects growing awareness of childhood experiences of abuse, neglect, and family dysfunction; the need to understand how these experiences influence behavior; and our dedication to respond to these effects with evidence-based practices and programs.

To develop the latest plan, neighborhood input was sought at Town Hall meetings and through numerous focus groups. "Each community deserves a strategic plan with their own DNA in it," said Jose Salcido, senior policy advisor for public safety in the mayor's office. "Residents should recognize their community when reading the plan, and see comments that were made at the community meetings."

Community consensus was achieved, and the priorities were ranked. Youth programs, including after-school, late-night, and early drug and gang prevention programming, took the first slot. Next was collaboration with schools to leverage resources, from early intervention to aftercare, parent education on childrearing, gang and drug education, and teen parenting. Closing out the priorities was increased community policing to improve law enforcement–community relations, coordinate gang suppression actions, and build neighborhood capacity.

"This is the best strategic plan we have developed," said Salcido. "The plan reflects our growth from just working and consulting among ourselves to working with others in Santa Clara County and with efforts like the National Forum. We finally seem to be on the same page—talking the talk and walking the walk." Salcido also said a Research Development Association grant has given San Jose greater capacity to conduct research that will better inform its planning and lead to new insights.

"The MGPTF is housed in the Department of Parks, Recreation, and Neighborhood Services for a reason," said Rios. "It was placed there so law enforcement activity could be balanced with other community needs, and alternative methods could be explored." And this appears to be working. San Jose once saw a re-offense rate of 78 percent among 15- to 18-year-olds in the city. Those involved in MGPTF are experiencing an inverse response, with 74 percent succeeding. "This is a great number," Rios said.

There is much to be learned from San Jose's perseverance and readiness to improve, adapt, and change its strategic planning process. The city's diligence has paid off, as it has become judicious enough to continue tackling the toughest problems while re-prioritizing ongoing efforts and focusing on new, evidence-based approaches to violence prevention. Then again, San Jose's determination to make the city safer has always been more than a plan. It's a promise.