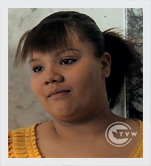 "I don't think anyone should have to go through what a lot of kids face; I've been taking care of my mom since I was ten," says Sierra, a student facing family mental health issues, who attends school in a Spokane dropout retrieval program.

"And life isn't fair, but you have to learn how to deal with it anyways. All the life problems outside the school doors come first before we are going to read a textbook."

Non-academic barriers to learning, such as those facing Sierra, were the focus of a Civic Engagement Forum in February of 2009. This two-day event brought young people from dropout prevention and school health programs to advise the Washington State Legislative Youth Advisory Council (LYAC).

On day one, youth at the Forum built leadership skills, made presentations, and testified during a LYAC hearing on dropout issues. During day two, youth accompanied LYAC members as they visited legislative offices for their annual Olympia Action Day, advocating for changes that affect young people.

Chelsea, LYAC member and 2009 graduate from Lake Stevens Senior High School, said, "Action Day is where LYAC comes together. This year we came together with different youth organizations."

The links between dropout issues and school health matter to LYAC members and those they serve. "The way we decided our legislative priorities was through a [survey] of 2,500 youth from across Washington," Chelsea said.

"[LYAC] isn't about reflecting the kids who are all going to four-year colleges and are all on the same track," Chelsea said. "It's about helping out kids who maybe haven't had as many privileges and have gone through some tough stuff."

"It's a vicious cycle; health-related issues can cause students to drop out, and dropping out can lead to lifelong health problems," said Annie Blackledge from the Office of Superintendent of Public Instruction Building Bridges Program, who testified at LYAC's hearing. 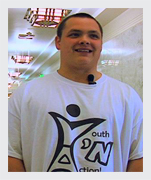 The Council's success with youth and advocacy extends beyond the Legislature. Chris, a member of Youth 'n Action, a youth-led Seattle-based mental health organization that advocates for young people aged 14-24, said "[LYAC members] are so involved with government and politics and all that at such a young age. It's cool to see that. Not too many kids that I know are like that."

Jennifer, a student in a Professional Medical Careers class, found the Civic Engagement Forum to be "informative, socially beneficial, and unifying—to be given the opportunity to gather to solve problems affecting our fellow students, such as student health."

In her testimony during LYAC's hearing, Sierra told her story: "I stopped going to school, got involved with drugs, the wrong people, things like that. I had to move to Spokane because my mother, who has a mental illness, got sick and my father bailed on us. You just get a flash of reality, like is this really the road that I want to go down?"

Last February's Civic Engagement Forum led to student testimony on legislation, the creation of two video documentaries, and the formation of school health advisory teams, among other outcomes.

For this year's Action Day, LYAC members asked to hear presentations on three topics: gang violence; dropout prevention; and diabetes, obesity, and school health. Students who took part in last February's event and spoke about the links between dropping out and school health last year, including LYAC co-Chair Jena, have testified on dropout legislation during both the 2009 and 2010 Legislative Sessions.

For more information, and to see video of last February's event, click on the links below.