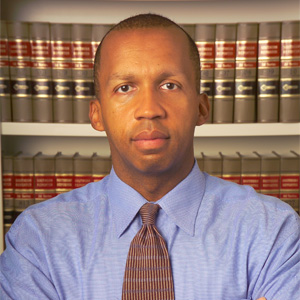 "That's going to make you tired, tired, tired," Ms. Rosa Parks once said to Bryan Stevenson, Founder and Executive Director of the Equal Justice Initiative (EJI). Her words were more than just recognition of the magnitude of the work Mr. Stevenson and EJI do—they were encouragement to continue the important effort of confronting class and racial biases in the criminal justice system, despite the cuts and bruises the fight would yield. Along with Ms. Parks' words, Johnnie Carr's rejoinder in that conversation, "That's why you've got to be brave, brave, brave," is a message to all National Forum on Youth Violence Prevention cities to continue an exhausting, challenging, and worthy struggle.

At day's end on September 26, 2013, participants at the Forum's Third Annual Summit on Preventing Youth Violence returned to the main ballroom for the final plenary session. Waiting for them was an inspirational, motivating speaker who, in the words of Robert Listenbee, Administrator of the Office of Juvenile Justice and Delinquency Prevention, "has spent his career on the front line of social change." Mr. Stevenson took the stage to provide participants with five messages that are essential for bringing about change in youth violence prevention.

Through personal anecdotes, critical insights into policy, and acknowledgment of the historical legacy and biases that have left youth at risk for violence throughout their lives, Mr. Stevenson offered encouragement and a way forward for Summit attendees. "It's extremely exciting to see the kind of work, to hear the kind of conversations, that we're hearing," he said, giving a nod to the success that Summit participants are achieving, through work they're doing with "energy and commitment and enthusiasm."

Mr. Stevenson's five messages—identity matters, the need for proximity, changing the narrative, remaining hopeful, and the willingness to be uncomfortable—exemplify the actions and attitudes of Forum cities as they work to prevent youth violence and create healthier spaces for young people. With each message, he delivered powerful stories, describing people he had met, children he had represented, and encouragement he received along the way.

Speaking about identity, Mr. Stevenson fondly recalled his grandmother's words to him as a child, imploring him to love his mother, always do the right thing (even if it proved exceedingly difficult), and never drink. Laughingly, he related it was a talk all of his siblings and cousins heard, but marked it as a moment that helped define his identity. He spoke to the importance of empowering youth to find their identities and making the effort to relate to them. "There is power in identity," he said. "When we create relationships that are rooted in identity, that are meaningful to those people, we can change the world."

With proximity, Mr. Stevenson gave the audience a heartbreaking lesson on the need to get close to problems in order to help solve them. Representing a child in custody awaiting trial as an adult after killing a man who had hurt his mother, Mr. Stevenson said the young boy would not speak until he put his arm around the child. The youth then collapsed into tears and told him of the horrors he had experienced in jail. "Who is responsible for this?" asked Mr. Stevenson. "We are. We've allowed our anger and our ignorance and our fear to do unbelievably traumatizing things to children. Proximity will teach us something about how we need to change."

To effect true change, Mr. Stevenson emphasized the need to alter long-held narratives. Speaking against theories from three and four decades ago created without evidence, Mr. Stevenson acknowledged the need to change how people view youth and violence. Instead of the "superpredator" label that removed a child's humanity and victimization, he urged people to think of these children as supervictims. They are "children who have been failed by everybody." Erasing such a destructive narrative and drafting a new one that accounts for circumstances and compassion could truly advance the Forum's work.

Believing we can do what hasn't been done before was a key message of Mr. Stevenson's presentation. By stretching imaginations and bursting boundaries that are held too firmly, hope can drive extraordinary change. Mr. Stevenson said we need to learn "how to stomp our feet, how to create a rhythm that vibrates, so people who have no voice now can be heard, and can be seen as beautiful and caring."

His final message was the willingness to be uncomfortable. "We set our brains for that—because if we don't, we get turned around." In disrupting decades of violence, intervening in communities, and confronting families, Summit participants and their peers place themselves in uncomfortable situations without fail. But by acknowledging and embracing that discomfort, they are displaying the strength to help improve situations.