This is cross-posted in the U.S. Department of Health and Human Services' blog. See the original post from July 5, 2016, here.

The effects of incarceration are felt far beyond prison walls: Children, families and communities also experience the consequences of incarceration. New research estimates that more than 5 million children, or 7 percent of all children in the United States, have had a parent in prison at some point during their childhood. Though every family’s story is different, many struggle with financial strain, stigma and discrimination, and the challenges of getting back to normal after a family member returns home from incarceration.

On June 29, HHS, DOJ, and the Federal Interagency Reentry Council Subgroup on Children of Incarcerated Parents hosted a listening session with 20 young people (ages 16-24), from across the country who have or have had an incarcerated parent. The listening session was an opportunity for federal staff from across government to learn more about the unique challenges of having a parent behind bars. The federal audience was able to hear stories like: 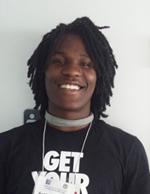 Anthony, now 20 years old, was just 10 when his mother was first incarcerated for a nonviolent drug-related offense. With his mother absent, Anthony and his six siblings lost their housing assistance and bounced in and out of shelters. Anthony struggled with his feelings of resentment and found himself in trouble with the law as a teenager. Fortunately, with free legal assistance, he was able to get his record expunged, turn his life around, and will be the first in his family to attend college, starting this fall. 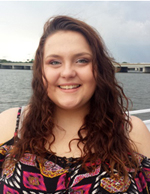 Aubrey was in 7th grade when her mother was first incarcerated. She recalled the humiliation she felt when being called out of class after her mother was arrested and the shame of having teachers and classmates look at her differently. The following year, Aubrey’s mother was arrested again in the middle of the night. Aubrey remembers hearing her mother plead with police to let her say goodbye to her kids, and the police carrying her off without letting her say a word to them, leaving Aubrey and her young brother home alone with her mother’s boyfriend at the time. Aubrey is grateful for Northwest Family Services for providing her with two incredible mentors, Marilyn and Marianne, who helped support her, and to organizations like Angels in the Outfield, who provided rental assistance and school supplies when she needed them. 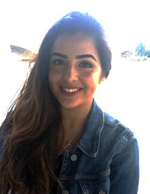 Jessica was only 2 when her father was sentenced to 21 years in prison. Though expensive, Jessica and her family frequently take the five-hour journey to visit him. After years of only being able to talk through glass, Jessica’s father was granted contact visits this past February. She recalled how incredible it was to finally get to hug her dad after 14 years of not being able to touch. For Jessica, the worst part about the visits was the strict and confusing dress code imposed by correctional staff. Even after traveling such a long distance to see her father, Jessica was turned away at the door for wearing blue because it was associated as a gang color. She said she felt treated like a prisoner even though she had done nothing wrong.

These stories reflect the experiences of many youth who have an incarcerated parent. When parents are incarcerated, multiple agencies often provide support for these children through direct services such as foster care placement or mentoring. Many programs provide indirect assistance to caregivers, but efforts are rarely coordinated among the agencies that may have a stake in this issue, including human services, education, child welfare, police, parole and probation authorities, and corrections. At the listening session, the young people expressed the need for more and better programs and called for bold action by policy makers.

This week, the White House and the Department of Justice will convene the Federal Interagency Reentry Council, which was launched in 2011 by then-Attorney General Eric Holder and formally established by the President in April, to bring together the heads of 15 cabinet-level departments and agencies. The Council will explore how the federal government can continue to identify and eliminate unwarranted barriers to successful reentry and support families affected by the criminal justice system. For more information, please visit youth.gov/coip.