The reported incidence of teen dating violence varies significantly across studies, yet even with variation the known prevalence rates establish it as a serious problem in the United States. The different rates of prevalence may be a result of differences in the methodology, the definitions, and/or in the targeted population used in the studies.1 Some definitions of teen dating violence include incidences of all three types of relationship violence (physical, sexual, and emotional or psychological violence), while others focus on just one or two of those types of violence. Further, youth may be afraid to disclose violence to friends and family. According to one study, only a third of teens who were in an abusive relationship ever told anyone about the abuse they experienced.2 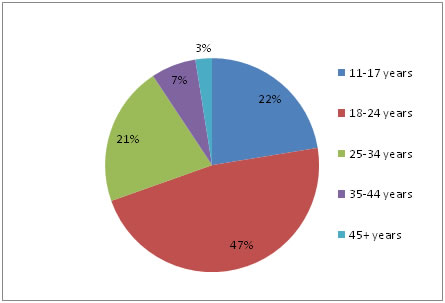 Figure 2 provides a similar graph for men who reported experiencing intimate partner violence in their lifetime. The survey indicated that, of those men, more than half had their first experience prior to age 24.4 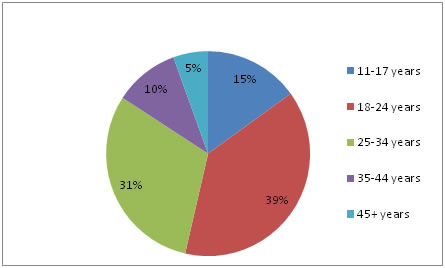 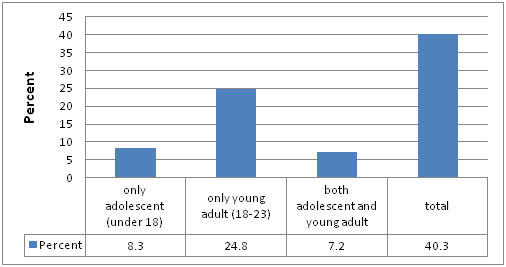 Youth Risk Behavior Survey 2007 - 2017
This data summary and trend report, from the Centers for Disease Control and Prevention's Division of Adolescent and School Health, has a section on violence victimization including information on trends related to dating violence among youth between the years 2007 to 2017.

The National Intimate Partner and Sexual Violence Survey (NISVS)
The CDC’s National Intimate Partner and Sexual Violence Survey (NISVS) is an ongoing, nationally-representative telephone survey that collects detailed information on sexual violence, stalking, and intimate partner violence victimization of adult women and men in the United States. The survey collects data on past-year experiences of violence as well as lifetime experiences of violence. The survey is also supported by the National Institute of Justice and the Department of Defense. A full report (PDF, 124 pages), summary in English (PDF, 8 pages) and Spanish (PDF, 8 pages), fact sheet (PDF, 2 pages), and a toolkit (PDF, 56 pages).

Resources: Crisis Helplines
Resource: Tip Sheets on Everyday Parenting Topics
Resource: Considering Family Context as an Important Element in the Prevention and Intervention of the Development of Teen Dating Violence