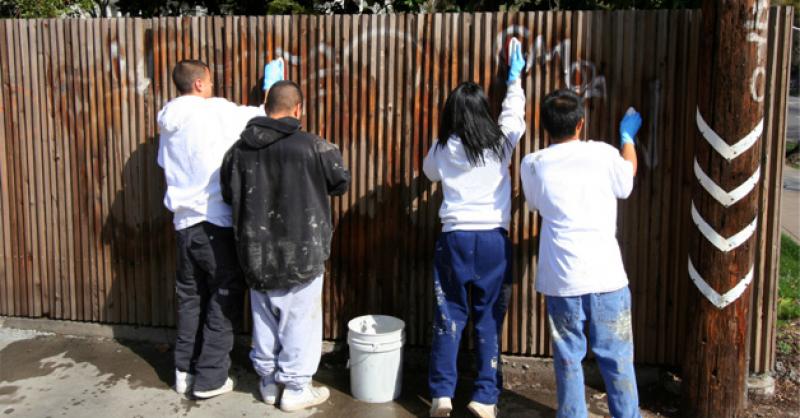 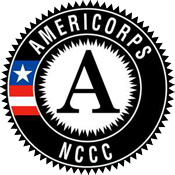 "I still look back on my adventures last year traveling around the country with my team in a 15-passenger van to help serve other communities. Together we experienced an amazing year of service. All it takes to make a difference in a community is having the motivation and the desire to change someone's life. That's it. NCCC's slogan is 'getting things done' and we definitely got things done."

Civic engagement has the potential to empower young adults, increase their self-determination, and give them the skills and self-confidence they need to enter the workforce. AmeriCorps National Civilian Community Corps (NCCC) is one mechanism for promoting civic engagement. According to the AmeriCorps website, NCCC is a team-based AmeriCorps program for youth ages 18 to 24 that provides participants with opportunities to work on community service projects while traveling around the country. The mission is to “strengthen communities and develop leaders through direct, team-based national and community service.” Zach, who participated in NCCC, shared his experiences with civic engagement and how it shaped his life as a member of a panel of young adults during the Innovative Collaborations to Improve Youth Outcomes: A Federal, State, and Local Dialogue Conference in 2009.

What is civic engagement?

Organizations such as NCCC work to promote civic engagement, which involves "working to make a difference in the civic life of one's community and developing the combination of knowledge, skills, values and motivation to make that difference. It means promoting the quality of life in a community, through both political and non-political processes" (Erlich, 2000).

What are the benefits of civic engagement?

In discussing his experiences with civic engagement as a youth transitioning to adulthood, Zach shared how positive youth development (PYD) was the underlying theme of his experience with NCCC. According to research, civic engagement experiences help to develop and enhance the Six Cs of PYD: Competence, Confidence, Connection, Character, Caring, and Contribution (Lerner, 2004).

Involvement in civic engagement can have positive effects on both a youth's academic performance and mental well-being. Zach explained how his experience with NCCC helped him develop some of the Six Cs of PYD—namely, caring and compassion. He shared that when he was working on the Gulf Coast after the hurricane, he listened to the stories of people who had endured the devastation there. He said that being able to help and support them gave him lasting memories and added, "I'll never forget that."

A recent study conducted by 4-H (2009) found that children and young adults involved in the 4-H youth development organization appear to have lower levels of depression and higher grades, and have contributed more to their community than youth who have not participated.

Who participates in civic engagement and AmeriCorps?

Zach is one of many young adults who have participated in paid or unpaid civic engagement opportunities as a transition age youth.

According to findings from the 2006 National Civic and Political Health Survey, seven percent of 15- to 25-year-old Americans participated in ten or more community engagement or political activities within the previous year (Lopez, et al, 2006). Many of the nation's volunteers are young people. More than half (59 percent) of teenagers in the United States reported that they participated in youth volunteer work in 2009 (AmeriCorps, 2010a). According to one survey, most youth volunteers do so out of altruism and are interested in making a difference in the lives of others (AmeriCorps, 2005)

AmeriCorps has also shown that young adults are more likely to volunteer if their entire family is involved in the effort, and that the shared experience can result in strengthened familial bonds (2010c). AmeriCorps also emphasizes the importance of recruiting youth from diverse backgrounds and experiences, who are not traditionally involved or asked to serve in volunteer efforts (AmeriCorps, 2010d). To ensure that youth from diverse backgrounds feel welcomed, it is necessary to be sensitive and conscious in multicultural and diversity efforts.

Sometimes the best way to get youth to get involved is simply by asking them. According to one study, young people who are asked to volunteer or vote are much more likely to do so (Lopez et al, 2006) Zach stated, “Before NCCC, I hadn’t really been involved in community service. It wasn’t that I didn’t want to do community service—I just didn’t know how to get involved. And NCCC provided me with an avenue to do that.”