How Young People in Minnesota are Driving Policy Decisions with Data 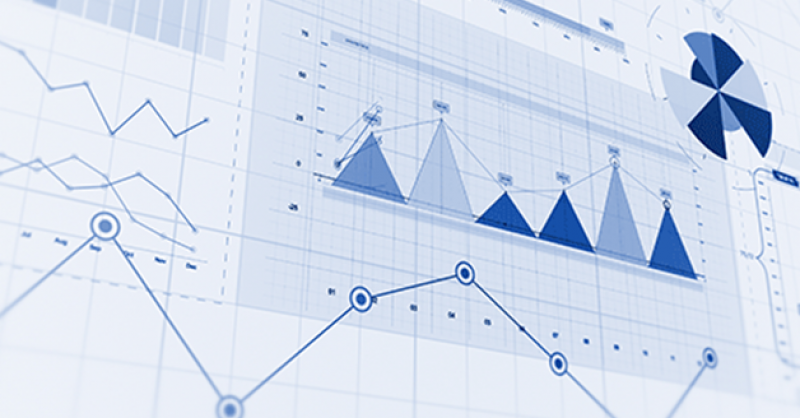 As a high school student, Alex Garcia felt something was off in the different ways white students and students of color experienced school in Brooklyn Center and Brooklyn Park, two neighboring communities outside Minneapolis that are locally referred to as “the Brooklyns.” He could sense the disparity in how students were being treated within the school system, but, Garcia says, he couldn’t “pinpoint or back it up with facts.”

That curiosity led Garcia to join the Brooklyns Youth Council during his sophomore year, enabling him and his peers to speak with community and local government officials to give voice to the problems that they faced. While digging into existing community data, Garcia saw a graph illustrating a stark disparity in graduation rates by race and ethnicity for high school and college. “Growing up, I’d always heard about this, but I’ve never necessarily believed it. Looking at the graph, it reinforced for me that these things that I was feeling are true. And that popped a lot more questions in my head. Like why?” Garcia says.

In 2020, Garcia joined the Council’s Youth Data Squad, a small team that designs and conducts a Youth to Youth Data Survey every two years to understand and analyze how their peers are doing. Launched in 2008 by the Brooklyn Bridge Alliance for Youth, the Youth to Youth Data Survey’s questions are designed and administered by young people to at least 300 peers and 50 public sector staff every other summer. The data and research that comes out of the youth survey guarantees young people a spot at the table in local and community decision-making by providing evidence to inform officials and partners on what the wants and needs of young people. Previous reports have helped drive major programming and policy developments, including the launch of the Rec on the Go Mobile Recreation Program, a summer camp experience that provides free programming, meals, and transportation to 12 areas in the Brooklyns to help the 60 percent of children who are unable to attend summer camp in the area get outside and stay active.

“When youth try to speak up or create policy change, many adults in our lives think we are naive or that we don’t understand what we’re saying. Knowledge is power, so having access to data allows us to make our point clearly and forces adults to at least consider it,” Garcia says.

Surveying Peers in a Summer Unlike Any Other

The Youth Data Squad is structured as a summer employment opportunity, typically with three phases: first, the group first meets in June for training to assess and adapt previous surveys and refine them in the field through in-person interviews. Then, the Data Squad receives training to use secondary sources—for example, public health, education, and police data—to help them understand the findings. And, by summer’s end, the Data Squad finishes its report to inform the Brooklyn Bridge Alliance, partners, and local and state decision makers.

“We've always approached this work as a Continuous Quality Improvement process: what are the problems and how do you fix them?” says Ivan Lui, the Data and Quality Coordinator at the Brooklyn Bridge Alliance.

But from the start, the 2020 process was different.

First, the COVID-19 pandemic forced the Data Squad to rethink the approach: how could they safely administer surveys while much of the community was in lockdown? This year’s five new youth members—Alex Garcia, Angel Young, Egan Moua, Tiffany Nyamo, Yvon Abellard—had to all meet digitally, conducting conversations and sharing insights while at their family homes.

Then, “things really catalyzed after the murder of George Floyd, which happened very close to us,” Lui says. “We saw there were some deep, systemic issues that we had to address. We were struggling. How do we create change in this climate?”

The questions the Youth Data Squad felt they needed to ask seemed abstract and enormous; the type that would be hard for even seasoned researchers to answer, let alone students who may not have been given opportunities to reflect on their community and learning environments before.

“A form of structural racism is that we don't teach young people about racism. We don't talk about it in our culture or our schools,” says Lui. “So when we go out and ask young people big, abstract questions like, ‘Where have you experienced racism and bias?’ it's so subtle, that they don't always see it. Sometimes they even revert back to internalized racism and start saying, ‘Well, if we just worked harder, we’d be okay.’ As facilitators we have to stop and say, ‘Why do we have these different expectations based on skin color?’ We have to think differently.”

Andrew Mua is a 23-year-old Youth Engagement leader at the Brooklyn Bridge Alliance who co-leads the 2020 Youth Data Squad. “We knew we couldn’t just ask the same questions. We had to pivot to understand the impact of the coronavirus. It will have a long impact on young people's education and feeling of safety,” he says.

To adjust to the new reality, the team landed on a technique they had not used before: Appreciative Inquiry. Appreciative Inquiry is an approach to collective problem-solving that focuses on working from strengths to find new directions for growth rather than focusing on deficits or issues to be solved. Instead of asking, “What’s wrong?” conversations start with, “What do we know? What’s working? What do we have that we can build on?”

“Appreciative Inquiry is a way to get at systemic problems because we start with what young people recognize and see, and build from there,” Lui says.

Instead of training for surveying peers, the 2020 Youth Data Squad spent its first week working through the Appreciative Inquiry process.

They’d wrestle with questions based on the Appreciative Inquiry process, such as, "What are positive places, people, and experiences that help you to succeed?" and find ways to better direct that towards young people in their communities. Tiffany Nyamao, a high school senior, says learning the technique was powerful. “We’d ask ourselves the questions and have a deep conversation around that. And then we’d go out and ask our peers—students, friends, community members—those questions, and based on their answers, we’d go back and discuss what they meant, and we’d come up with even more questions.”

The Data Squad assembled a survey that felt relevant and placed young people at the center of their own experience. For example, "What skills or classes would you need to be successful in your transition to young adulthood?" Unlike past years, they disseminated the survey primarily online, working with school and city partners to reach students and young people who are not connected to school or the workforce.

The results of the 2020 COVID Youth Impact Survey—as they are calling this year’s survey—are still in the analysis phase. Some of the findings from previous years highlighted key disparities within the Brooklyns and used youth expertise as a way to show what students need in school. “We learned that some schools withhold a student’s diploma if they have lunch fees they haven’t paid,” Andrew Mua says. “When we ask students what schools should teach or what skills they need to be successful, a lot of the skills that youth highlight are tangible skills that are super important—personal finances and real-life skills—and they just don’t get taught that.”

The Youth Data Squad hopes that by publishing their data-driven report with policy recommendations alongside it, they’ll be able to avoid instances where policymakers might mischaracterize the data to reach their own conclusions or fund short-term solutions instead of effecting systems change. But the worry is there.

“Our public institutions need to be careful about how they're using this data,” says 22-year-old Dan-neya Yancey, who co-leads the Youth Data Squad alongside Mua. For example, bringing therapists into schools may be useful but “that’s not going to be a cure-all for mental health and illness, and that’s important to understand. There is a difference between using data to address problems at their root and using an ineffective band-aid method."

“What we learn from this research will be so important to the work of the Alliance,” says Lui. “It will be used to set priorities in our strategic planning for the next four years. However, equally, if not more important, is the effect on the lives of our five Youth Data Squad members. The opportunity for growth in their agency and confidence may make a bigger difference to our community in the long-run than anything else, as they become the future leaders and change agents.”

As part of this work, the youth researchers learn fundamentals of data literacy, to pay attention to who collects data, what is measured, and how data can be used. They’re paid for their time, put in positions where they can talk with school and local officials, and given opportunities to continue connecting and working with the Alliance for years to come.

“Dan-neya started as a youth with the Brooklyns Youth Council,” Lui says. “She doesn’t know this, but we intend to keep working with her for a long time. As much as we’re able to. That is the real partnership that needs to happen. We want young people to be in positions of power so that their voice is heard. We have an eye on the systems level. This isn’t just a project; this is a commitment to young people in our community until we get this whole thing solved.”