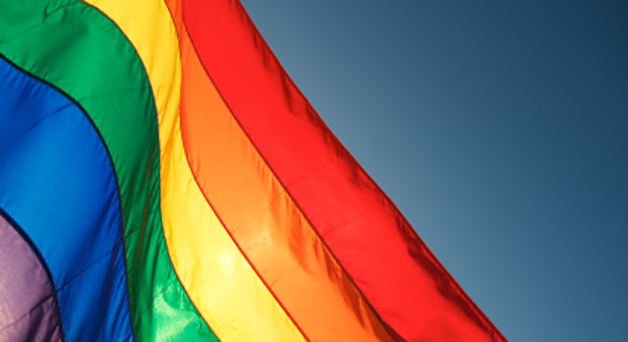 There is currently no universally-accepted acronym inclusive of all youth who are not heterosexual and/or express their gender in diverse ways. The commonly-used acronym — LGBTQ+ (lesbian, gay, bisexual, transgender, queer or questioning, or another diverse gender identity) — refers to the communities included in the “LGBTTTQQIAA” acronym (see Figure 1). This youth topic primarily uses “LGBTQ+” as an inclusive term for simplicity, except when describing research studies explicitly focused on more narrowly-specific communities. See Key Terms and Concepts to learn more about each of these communities.

Research on LGBTQ+ youth has focused on the risk factors and disparities these young people experience compared with youth who are not LGBTQ+. However, more recently there has been research on resiliency and protective factors, which offers a strength-based focus on LGBTQ+ youth well-being. For instance, LGBTQ+ youth who have access to spaces that affirm their sexual orientation and gender identity report lower rates of attempting suicide4 and experiencing supportive environments.5

Several factors that can help improve outcomes for LGBTQ+ young people include:

Federal and local policies and practices increasingly acknowledge and focus on the experiences and needs of LGBTQ+ youth. Numerous national advocacy and other organizations are also giving greater attention to LGBTQ+ youth in their work.6 Fostering safe, affirming communities and youth-serving settings such as schools for all youth requires efforts to address the challenges described here. At the same time, it is also important to acknowledge and build on the strengths, resilience, and factors that protect LGBTQ+ youth from risk, such as connection to caring adults and peers and family acceptance. Parental support of sexual orientation and gender expression provide uniquely strong benefits to positive well-being and mental health in young adulthood and are related to higher levels of self-esteem and lower levels of depression, suicidal ideation, and suicide attempts.7

Research shows that due to these challenges and the associated stress, LGBTQ+ youth are at risk for negative health outcomes and are more likely to attempt suicide, experience homelessness, and use illegal drugs.10 These issues may also contribute to anxiety, depressive symptoms, and feelings of isolation. Youth who express their gender in ways that vary from societal expectations for their perceived sex or gender are at risk for high levels of childhood physical, psychological, and sexual abuse.11 They are also at risk for school victimization.12 As a result, they may have poorer well-being than lesbian, gay, and bisexual peers whose gender expression is more closely aligned with societal expectations.13

53% of transgender people report being verbally harassed or treated disrespectfully in public places, and 44% have been denied service.

REVIEW THE GUIDE: RESPONDING TO TRANSGENDER VICTIMS OF SEXUAL ASSAULT

Recommended Actions to Improve the Health and Well-Being of Lesbian, Gay, Bisexual, and Transgender Communities